MARK YOUR CALENDARS.
The VILFHA Christmas Council meeting will be hosted on December 7, 2015.

A copy of the Jan-April will be circulated in mid-late November for your review and for discussion at this Council Meeting.

As per the VILFHA Regulations under Section 4 (Discipline) : 4.1. © Fines shall be implemented on any team (iv) for not having a Team Rep at Council Meetings and/or General Meetings ($25.00)

Please note that you will NOT be required to bring any food this year. Snacks and drinks will be provided. More details will be circulated to captains and team managers.

If you have any questions, please contact Kate Knappett, VILFHA Social Coordinator, at kate-k@shaw.ca 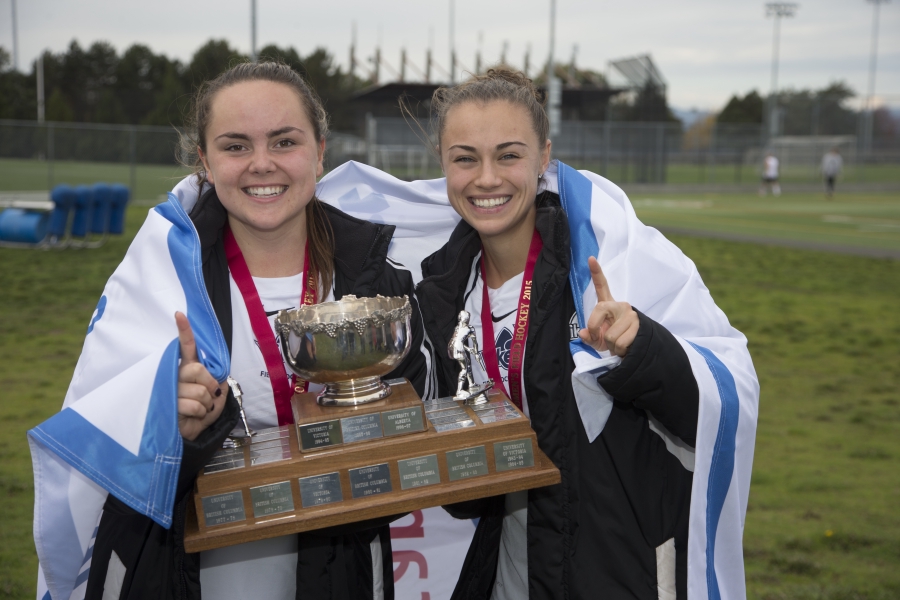 VICTORIA, B.C. – Following 1-0 and 4-0 victories this weekend over Calgary, the University of Victoria Vikes women’s field hockey team had several islanders honoured by the Canada West. In addition, the Vikes finished the season with a 7-0-1 undefeated record to win the program’s 17th Canada West banner.

GAIL WILSON AWARD (OUTSTANDING CONTRIBUTOR): Kathleen Leahy, Victoria
Fourth-year Vikes midfielder Kathleen Leahy is a three-time Canada West All-Star and former CIS All-Canadian (2013). The current Canadian senior national team member is co-captain of the 2015 Vikes team but is also an exceptional student-athlete and role model. As a member of Canada’s national team Leahy has devoted countless hours between her Vancouver-based national team training and her commitments in Victoria. Despite multiple commitments and travel Leahy manages an 8.17 GPA (on a 9-point scale) in the faculty of Education.

The Victoria native is constantly giving back, finding time in the fall to coach the Oak Bay High School field hockey team for the past four seasons, while also helping coach in the Victoria Junior League and the UVic Rising Stars program. While training in Toronto this past summer Leahy coached with the A&C Academy working with Under 16 and 18 high performance groups. Leahy also volunteers as a lab assistant in the UVic Exercise Physiology labs assisting in lab sessions with equipment set up and clean-up and helping students with material and research protocols. Most recently, she helped create the protocol for testing that would measure leg hemoglobin levels of young female athletes before and after exercise and she is just about to start as a volunteer in a study which will compare the heart rate variability (HRV) of competitive level athletes with the HRV of Special Olympic athletes.

In the late summer, Kathleen travelled to Los Angeles where she watched and interacted with Special Olympics athletes as they competed at the highest possible level – The World Games. She was there as a Student Ambassador for UVic and while there attended a conference where they were able to discuss ideas of diversity and inclusion with some of the top initiative builders in the field.

COACH OF THE YEAR: Lynne Beecroft, Victoria
In her 32nd year of coaching the University of Victoria Vikes women’s field hockey program Lynne Beecroft is named the Canada West Coach of the Year for the second-straight and fifth-overall time. Over the course of her coaching career Beecroft has guided Vikes squads to 11 CIS National titles and 13 of the program’s 17 Canada West championship wins. The UVic program’s last national banner came in 2008 and that win was followed by a reign of UBC championship wins but this season is the real evidence of the re-development that has taken place in Victoria. With eight players in their fourth or fifth year the Vikes women have proved their dominance since the get-go of the 2015 season.

Steadily improving over the past four years this group of athletes, under Beecroft’s guidance, has helped the Vikes reclaim the Canada West banner in both 2013 and 2015, a title that was held by the T-Birds for 10-straight years (2003-2012). Last season the Vikes surrendered the conference title to UBC on a tie-breaker after both teams shared a 5-1-2 record. This season the Vikes went five games before conceding their first goal in a 1-1 draw with UBC on Oct. 11. With an early 5-0-1 record in their first six games the Vikes already guaranteed themselves the Canada West banner, without the results of their final two games, and ultimately nabbed the top seed entering the Victoria-hosted CIS-FHC Championship (Nov. 5-8).

UMPIRE OF THE YEAR: Tyler Klenk, Victoria
A native of Saskatchewan, now Victoria-based umpire Tyler Klenk is the 2015 Canada West Umpire of the Year. Klenk has been a rising official in B.C. the past few years. A former member of the Vikes men’s field hockey program and Canadian junior development squad, Klenk is now focusing on his officiating strengths. Klenk has umpired at multiple Canadian National Championships of varying ages and is one of the top Canadian-rated umpires on Vancouver Island. Klenk brings a high-level of understanding of the game of field hockey, excelling on the pitch with his ability to give good advantage, have exceptional game management strategies and understand top-level of play. Klenk’s abilities as a high performance player have helped him rise quickly to the top of the umpiring scene, while his fitness and agility have contributed to his success in umpiring at the pace of Canada West matches.

The Victoria Vikes and UBC Thunderbirds now move on to the CIS Championship, Nov. 5-8 at the University of Victoria. The Vikes enter the tournament as the No. 1 seed, while the Thunderbirds take the No. 4 hosting seed. 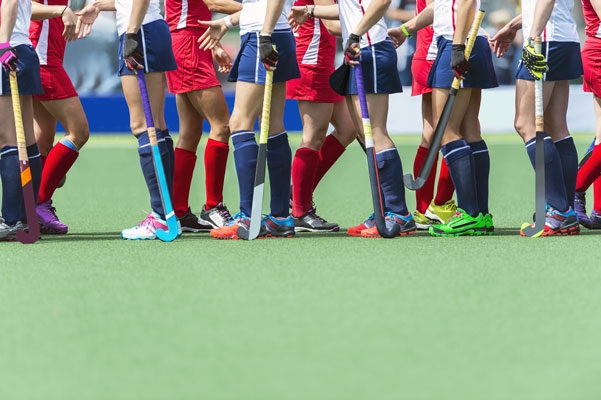 I am the newly elected executive committee member representing grand masters
women hockey players on the Alliance International Hockey Club and I look
forward to working with any of you who are active players aged 60 and above.

I am currently recruiting players for the Grand Masters’ World Cup to be
held in Canberra, Australia from March 28 – April 9, 2016.

Here are links to the tournament:
http://www.imhacanberra2016.com/home

I know it is a lot to ask, but please give serious consideration to
participating on the Alliance team in Canberra. I really do hope that you
will think about it and ultimately decide to play next spring.

I am reaching out to people in Australia, Great Britain, Hong Kong, and the
U.S. in an attempt to field a team, and it would be great if you could share
this email with other active 60 year old and older players, and cc me on
your emails to them so that I can continue to build a strong list of
contacts.

I’ve attached the application form and I encourage you to nominate
yourselves or others!

I do hope to hear from you and that we will indeed field a team in Canberra. 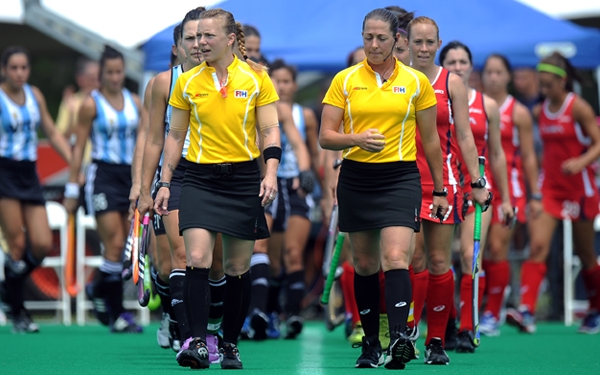 The Umpires Association has committed to improving the standard of Umpiring in Victoria and the Island and hopes to offer a few educational opportunities over the 2015-2016 season. The first of which will be on Wednesday October 28th.

Instead of doing the tradition briefing, we’re going to try something a little different. The focus of the session will be Game Management and instead of conducting a lecture with videos and a Q & A, we’re going to have you work together in small groups to discuss and problem solve various scenarios related to game management.

Each breakout group will work on game management issues related to:

1. Dissent
2. Off-ball or “out of your area of control” management
3. Physical play

The session will be facilitated by Gillian Horgan, Chris Wilson, Alison Sweeten and Denise McGeachy. The facilitators role will be there to offer suggestions but the goal is for the groups to work through each scenario as a group and find a successful solution and present that solution to the larger group.

In order to make this session truly useful to all umpires, we would like YOU to send us suggestions of situations you have faced under the categories above – things that happened to you that maybe didn’t go very well and you wished you could have done it better, or was confusing, or maybe just weird. We intend to use as many of your scenarios as possible so please email them to Denise!

Due to AAA conflicts for the Cowichan and Lynx clubs, a NEW schedule for Oct. 31 has been released. Please note that Nov. 1 schedule will go ahead as planned.

If you have any issues please contact Ronnie Lee, Director of Operations for VILFHA at: leeronnie19@gmail.com