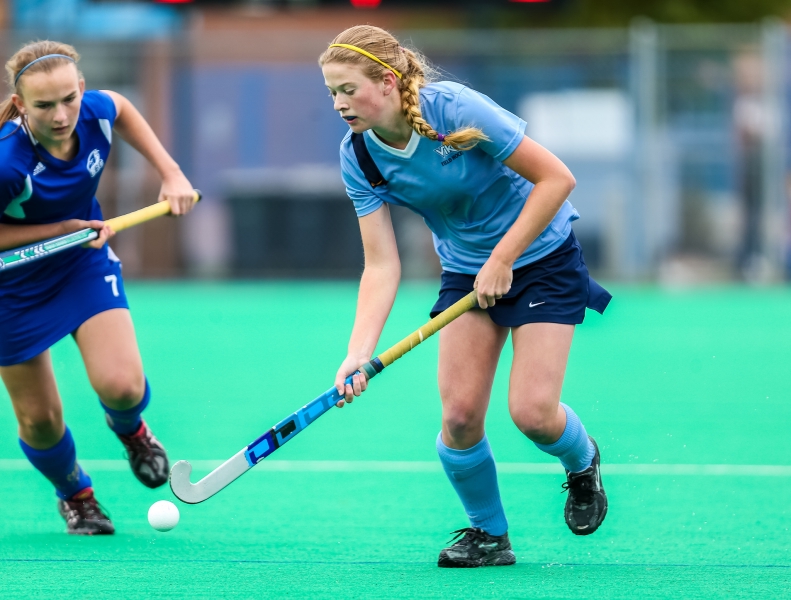 The University of Victoria is currently home to a 11-day training camp for the Canadian Junior National women’s program. Several islanders including second-year Vike Lindsay Cole (Lynx 1) and soon-to-be rookie Vike Alexis De Armond (Lynx 1) are kitting up in the red and white this week to not only live in UVic dorms but to also experience a fully centralized, national team experience.

The camp runs from Aug. 10-21 and includes a series of games, fitness testing, position-specific training, team activity and excursions such as whale watching through the connection of former Vike Sarah Angus and Prince of Wales Whale Watching. Over 40 athletes were invited, however just 32 athletes are in attendance. The UVic campus will be home to lots of competitive hockey this year as the Vikes are hosting the CIS women’s field hockey national championship, Nov. 5-8.

“The camp is a selection opportunity for our Junior World Cup qualifying squad,” said Steph Andrews, head coach of the junior womenn’s program. “We are going to Chile in January for a three-week training camp and the qualifier is in March. After Chile we will bring it down to 18 so, it’s a really good development opportunity for the young ones.”

Mount Douglas Secondary grads Cole and De Armond are joined by a slew of island youngsters who have university hockey on their minds in the near future including Cowichan Secondary Shool’s Robin Fleming (Flickers), Sara Goodman (Flickers) and Brittany Smith (Lynx 1), as well as St. Michael’s University School’s Anna Mollenhauer (Lynx 1), daughter of former Vike and Olympian Nancy Mollenhauer.

“You can’t beat having girls centralized for a good period of time and staying together from a culture point of view and for the girls getting to know each other,” adds Andrews. “The facilities have been unreal and UVic has been really accommodating. It’s really important to get around the country to our big pockets to coordinate and develop professional development opportunities for coaches in that area and bring people out to watch and advertise our program in different areas not just in Vancouver.”

The remaining of the camp includes games Aug. 18 (1:00 p.m.) and Aug. 21 (7:00 am), as well as some final team meetings and training sessions before athletes depart Friday morning.

“Exciting,” was all rookie De Armond could say about the potential to represent Canada. “It’s always been a dream of mine to play for Canada so hopefully it will come true. It’s a longer camp than we are used to but it’s fun because there are a lot of games and lots of room for improvement.”

The Vikes will look to continue to build off their 2015 CIS bronze medal win in Toronto and with Cole and De Armond tasting the national team water, the team should also benefit from the return of current senior national team members Rosie Beale (Lynx 1), of Claremont Secondary, and Kathleen Leahy (Lynx 1), of Oak Bay High.

To add to the mix, former Vikes goalkeeper and current senior national team keeper Kaitlyn Williams was on site to work with the junior keepers.

“It’s awesome to have this camp here and the facilities at UVic have always been good so it’s so nice to be able to spread (the program) out,” adds Williams, a former Canada West Goalkeeper of the Year and 2008 CIS national champion. “I remember when we hosted CIS nationals (at UVic) and it was so exciting to have so much home town support and to host the games on your own field is unbelievable. I’m sure the girls will experience the same kind of excitement.”

Please read the below information about the upcoming VILFHA Fall General Meeting.

Directions: The Clearihue Building is located inside Ring Road across from the Student Union Building (SUB). It is shaped like a box and the “D Wing” faces Ring Road and Room 143 is on the first floor. You can park in the McKinnon Parking Lot closer to the bookstore and walk over or you can park in the parking lot inside Ring Road across from the SUB. Either way pay parking is in effect but the Reserved Parking of the lot outside the building is not reserved after 6:30 p.m.

If you have issues finding or accessing the buildling, please call Ali Lee: 250-418-5633 upon arrival on campus.

Note that the biggest focus will be ratification of the season’s schedule. Drafts will be circulated in the coming weeks. Please be prompt in your response and feedback in order to ensure the most efficient process possible.

A reminder that as per the VILFHA Rules and Regulations under Section 4. DISCIPLINE, Fines shall be imposed on any team for not having a Team Rep at Council Meetings and/or General Meetings ($25.00). Please ensure you have a minimum of one representative at the meeting other than a member of the Executive Council. 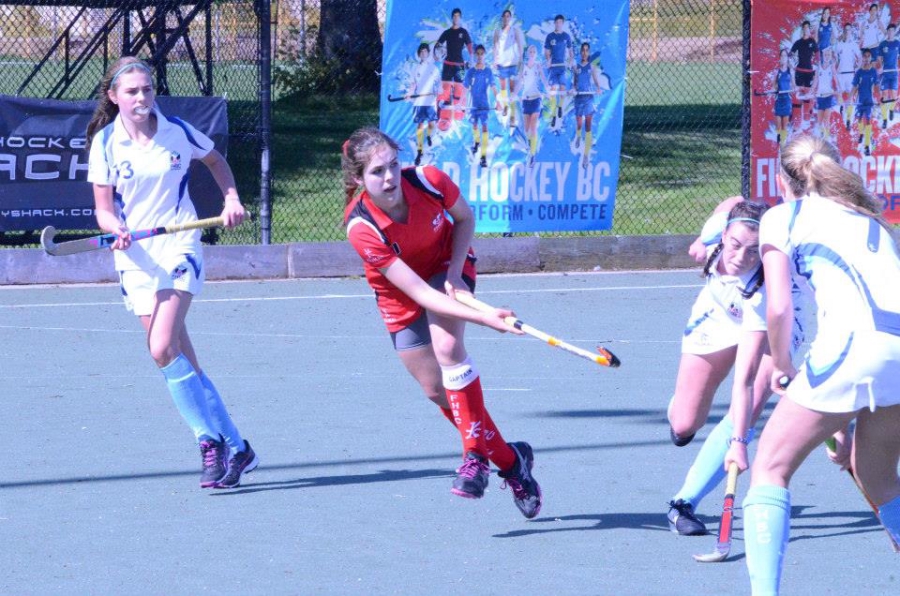 A five-session field hockey camp will be held for youth aged 9-13 for $25. See below for more information:

Online membership registration for the 2015/16 season is now open!

Celebration of Life for Shirley Holloway

Dr. Shirley Anne Holloway lived her life and pursued her goals according to the T.S. Eliot maxim: “Only those who will risk going too far can possibly find out how far one can go.” Born in Nottingham, England, she left to see the rest of the world as a graduate pharmacist and chemical technologist. She continued to study as she came to Canada, moved to the USA and then back to England. Upon returning to Canada she completed her PhD in cell biology at York University. She worked as a college science instructor before becoming Dean of Technology, Science and Trades at George Brown College in Toronto (the first woman to hold such a position in North America). She moved to Victoria to become the Dean of Trades and Technology at Camosun College, and then to Edmonton as Vice-President Academic and Student Services at the Northern Alberta Institute of Technology. While pursuing a rewarding career for herself, she raised three very active sons, lovingly guiding them into adulthood. She was also an excellent athlete, participating in a variety of competitive sports throughout her life. Her involvement in field hockey took her to places such as Fiji, New Zealand, Australia, Ireland, Scotland, Netherlands and Argentina where she would have as much fun off the field as on. Nearing age 70, she decided she would like to try playing goalie in ice hockey, which she continued doing up until a few days before she passed away on Friday, June 19, 2015, at the age of 77. The daughter of Ronald and Phyllis Pugsley is survived by her brother, Tony Pugsley, sister, Joy Salsbury, sons, Andy, Phil (Tess) and Russ (Teresa), and grandchildren, Themis, Caitlin and Brooke. She leaves us far too soon. In lieu of flowers, you can make a donation in her honour to Operation Trackshoes at trackshoes.ca