Secco named to Pan Am Roster 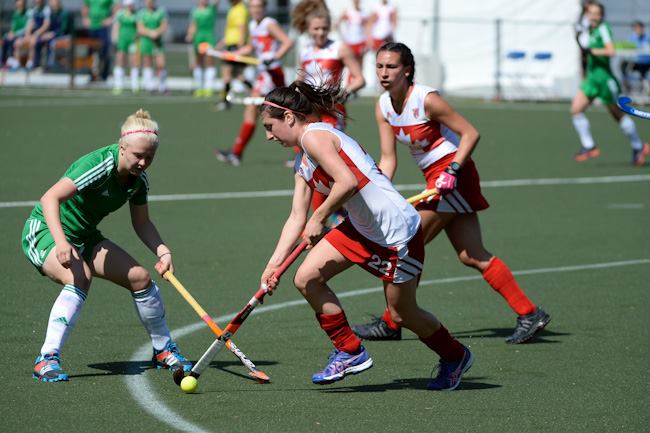 The Canadian Olympic Committee (COC) and Field Hockey Canada have announced the sixteen women who have been selected to represent Canada at the TORONTO 2015 Pan American Games from July 10 to 26 in Toronto, Ontario.

Culley is the highest capped active player (136), while Hennig will celebrate her 100th cap during the games as she is currently at 97. Former Canada West goalkeeper of the year Williams boasts 60 international caps and will back the team in net.

The Pan American Games field hockey competition, which will be held at the new Pan Am Fields at the University of Toronto, serves as an official 2016 Olympic Games qualifying tournament, with both the men’s and women’s winner earning a spot at the Summer Games in Rio de Janeiro, Brazil next summer.

“We’ve played a number of the top teams in the world of the last two years, now it’s the last opportunity we have to qualify for the 2016 Olympics,” says Women’s National Team Head Coach Ian Rutledge. “The team we’ve picked represents the best sixteen players in the country at this time for us achieve that goal.”

The Canadian roster is led by captain Kate Gillis, who is from Kingston, Ontario, and vice-captains Thea Culley (Rossland, BC) and Danielle Hennig (Kelowna, BC). Culley is the Canadian women’s active cap leader with 136 senior matches to her name.

“To play for Canada on home soil is something I have been looking forward to ever since Toronto was named as host for the 2015 Pan American Games,” says Gillis, who is from Kingston, Ontario, and is one of three Eastern Canadian athletes named to the team. “Wearing the maple leaf on your chest and representing your country is an indescribable feeling of pride.”

“To be able to share that with our family and friends of a home crowd dawning the red and white, with an opportunity to qualify for the Olympics, will be an unforgettable experience.”

The Women’s National, currently twentieth in the field hockey world ranking, enters the tournament as the third ranked team, behind Argentina (World No.3) and the United States (World No.5). The Canadian women begin competition on July 13th against the Dominican Republic. .

The Canadian women last medaled in 1999 in Winnipeg, the last time a Pan American Games was held in Canada.

Canada will field the largest team in its Pan American Games history with more than 700 athletes expected to be named to the Team at the Games in Toronto. With TORONTO 2015 providing a “home Games” experience, as well as a number of qualification opportunities for the Rio 2016 Olympic Games, these Games will offer a tremendous experience for Canada’s high performance athletes.

Please read below the recent memo from the International Hockey Federation (FIH) clarifying the rules around defending a free hit when inside the defending circle.

A player within 5 metres of the ball at the taking of the free hit is not allowed to engage with play prior to the ball having travelled at least 5 metres.

Players inside the circle who were 5 metres or more from the point of the free hit are not allowed to move and remain in a ‘set’ position within 5 metres of the ball when the free hit is taken." 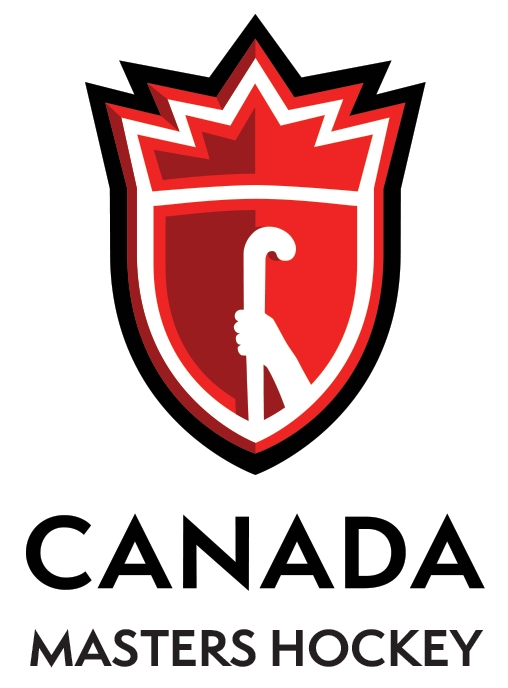 Field Hockey Canada has officially unveiled a new national initiative for hockey players over the age of thirty-five. The newly minted “Canada Masters Hockey” property will see National Masters sides competing in major International events as early as the Fall of 2015.

The Canada Masters Hockey initiative supports Field Hockey Canada’s strategic objective of developing and strengthening field hockey across the country and fostering a robust Canadian hockey family. Engaging Master level athletes, the Canada Masters Hockey program will provide field hockey players of all ages the opportunity to continue participation in the sport at an international level.

“Canada Masters Hockey is a crucial link in engaging our field hockey community across the country,” says Field Hockey Canada President Ian Baggott. “This initiative will encourage this influential segment of our population to continue to support, play and enjoy this wonderful sport.”

For athletes who are interested in being involved with future tours and to be added to the distribution list, please email Ian Baggott (ian@baggott.ca). 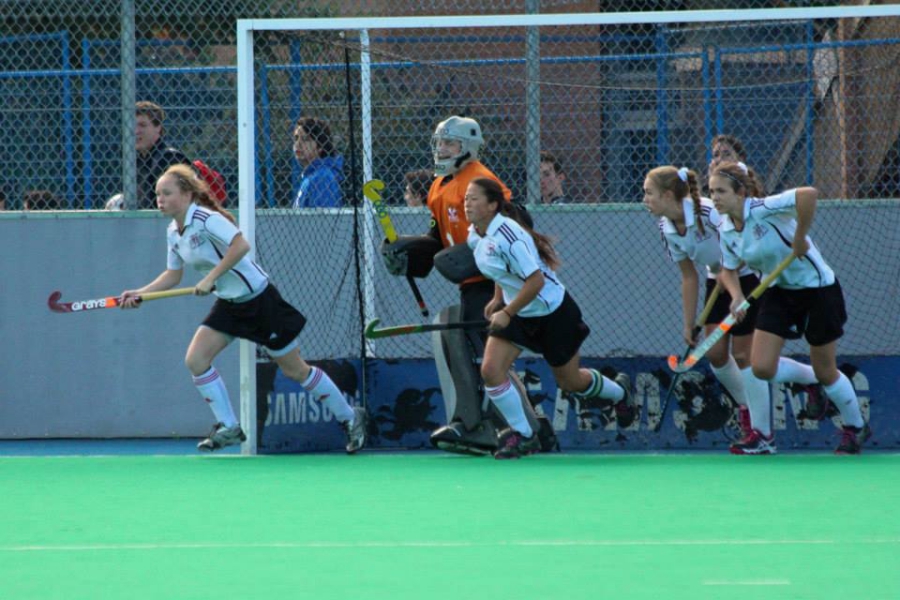 Summer Drop in is around the corner! The Sailors Field Hockey club will be hosting their annual summer drop-in sessions, open to men and women (age 14+) for pick-up games.

Canada gear up for Ireland series in Toronto 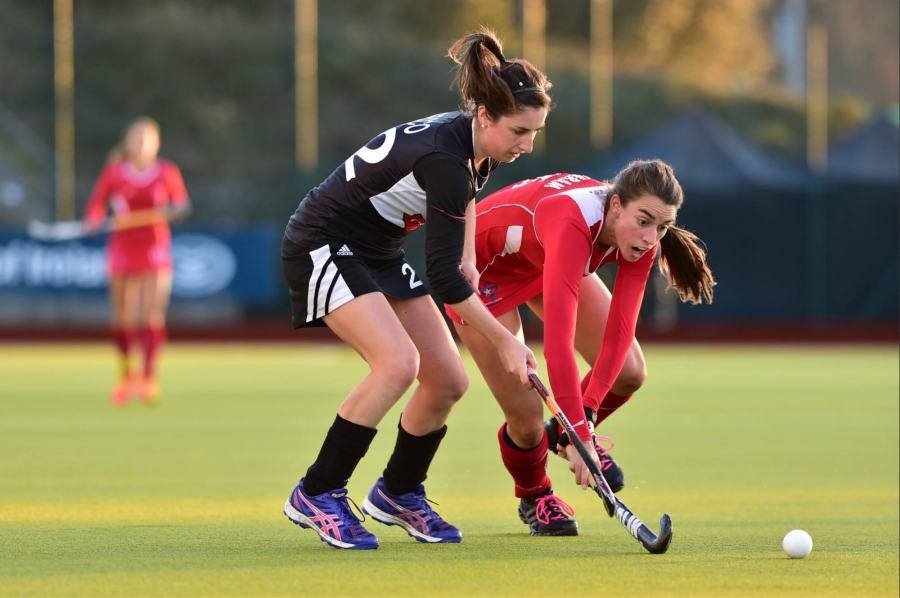 The Canadian Women’s Field Hockey Team has named its roster for the upcoming four-game test series against the Irish Women’s National Team, which will be held in Toronto, Ontario from May 23rd-27th, 2015.

Included in that mix are Victoria natives Maddie Secco (Oak Bay High School) and Rosie Beale (Claremont High School), while former University of Victoria Vikes Danielle Hennig and Thea Culley are the team’s Vice Captains and former Canada West Goalkeeper of the Year and former Vike Kaitlyn Williams anchors the squad in the back field.

Twenty athletes will be travelling to the new Pan-Am/Para Pan-Am Fields at the University of Toronto, the site of field hockey for this summer’s Pan American Games.

Among those named to the team are a handful of athletes from Ontario including team captain Kate Gillis (Kingston, ON), sisters Brienne and Tegan Stairs (Kitchener, ON), and midfielder Amanda Woodcroft (Waterloo, ON).

In addition to being an opportunity to test out the Pan American Games venue, the team will be using the Ireland series as preparation to compete in the World League Semifinals – a 2016 Olympic qualifier – in Valencia, Spain from June 10th-21st.

Eighteen athletes will be named to the touring roster that will represent Canada in Spain. The top three of that tournament earn a spot to the 2016 Olympic Summer Games in Rio de Janerio, Brazil.

The Toronto Series with Ireland consists of four matches to be played May 23rd and 24th (3:00pm), and May 26th and 27th (6:00pm). A team of Canadian officials consisting Denise Pelletier, Megan Robertson, Ozias D’Souza, Trevor Martin, and Wendy Stewart will be overseeing the tournament.

Schedules, news, and results can be found here.